I found a great bargain in my local branch of The Works today. They had five more of the new John Gardner books, namely Scorpius, Licence to Kill, Win Lose or Die, The Man From Barbarossa and Death is Forever. They were included in a ‘four for £5’ offer.

The girl in the shop said the offer ends tomorrow and it goes back to ‘three for £5’ which is still very good.

They still had copies of Icebreaker, Role of Honour and Nobody Lives Forever which appeared in the chain in June.

Thanks to Fred for his Silverfin review…

When Ian Fleming Publications announced they had commissioned Charlie Higson to write a series of novels about the adventures of a juvenile James Bond, fans weren’t exactly thrilled. The die-hards couldn’t believe that the adult Bond could be ‘translated’ to a younger audience. These new batch of readers would probably have never read any of the original novels. That means that a younger Bond would need to capture an entirely new generation of readers and that was a very difficult task because the Young Bonds would have to compete with non other than Harry Potter. Magic against malice.

So, how did Silverfin, the first novel, fare? Except for the prologue that features a strange and slimy episode in a Scottish lake, the first part was in a sense a bit reminiscent of Harry Potter. James Bond enters his first year at Eton where he manages to find his first enemies, Lord Hellebore and his son. Then, during the holidays, the action moves to Scotland, where death, violence and madness interferes with the reader’s peace of mind. James Bond leaves this first novel shaken, stirred and scarred.

Even if you’re not a fan of James Bond, Silverfin will surely be a gripping read for a juvenile reader but – at the same time – be an enjoyable read for adults. It’s the best of both worlds.

The books in question are Never Send Flowers, Seafire, the adaptation of GoldeneEye and his final Bond novel Cold.

The books are due for publication on 8 November 2012. 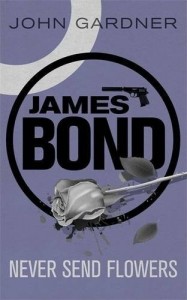 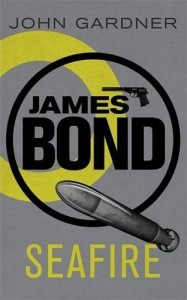 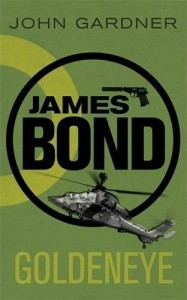 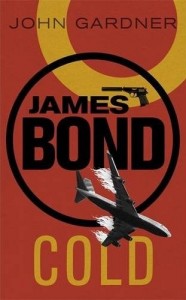 UK readers may want to pop down to their local branch of The Works bargain bookshop chain as they now have three just published John Gardner Bond novesl for just £1.99 each.

The three books in question are Icebreaker, Role of Honour and Nobody Lives Forever. 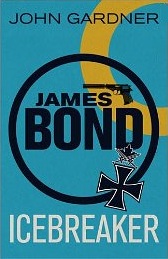 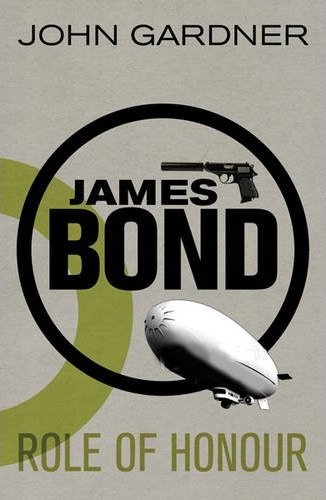 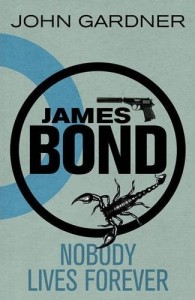 Just a quick note to remind you all that Jeffery Deaver’s Carte Blanche gets its paperback edition today.

Here are the five remaining covers for the new Vintage editions of Ian Fleming’s Bond novels, namely Dr No, Goldfinger, The Spy Who Loved Me, On Her Majesty’s Secret Service and Octopussy and The Living Daylights.

Worth mentioning is Ian Fleming’s Commandos by Nicholas Rankin, a non-fiction book from last year that is just out in paperback in the uk. It tells the true story of the commando unit set up by Ian Fleming to go hunting for German secrets in World War Two.

The first nine covers of Vintage’s Ian Fleming editions have now appeared on Amazon. The designers have gone for a minimal approach and to be honest I’m a little underwhelmed. See for yourselves…

I understand that Vintage will be doing an additional series of covers so fingers-crossed they are, well, better.

I’ve added each of the 2008 Centenary Penguin hardback covers to the individual novel pages, something I’ve been meaning to do for ages.

During 2012 Orion books will be reprinting John Gardner’s series of 16 James Bond novels, including his two novelisations. So far the first 12 covers have been revealed.

I’m really in two minds about the cover designs. While it’s very welcome to see the reprints and get a uniform look to the books I do think they are somehow lacking. Thery certainly don’t scream “buy me!” which is the job of a well-designed cover after all. Hopefully they will grow on me.

It’s also interesting to see the two novelisations are included. I don’t think any of the other novelisations ever got a reprint.

The first two titles, Licence Renewed and For Special Services were released on 2 February 2012.

The next three books Icebreaker, Role of Honour and Nobody Lives Forever come out on 10 May 2012.

No Deals, Mr Bond follows on 7 July along with Brokenclaw which is not next in sequence. Odd.

On 2 August we get five more titles including Scorpius, Win, Lose or Die, Licence to Kill, The Man From Barbarossa and Death is Forever. I note that Licence is spelt License with an ‘s’, even though the movie was spelt with a ‘c’. Also the Harrier on the cover of Win, Lose or Die is an American Harrier II, and not the British Sea Harrier. These things matter! 🙂